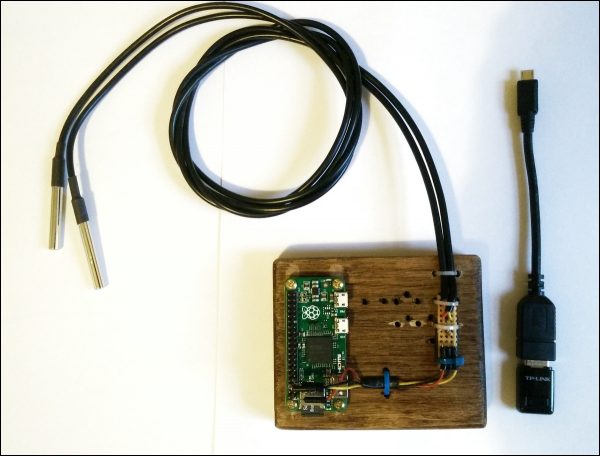 This small project came about when I was asked whether the Raspberry Pi could measure the temperature of a biomass boiler and display it on a phone.

Using a couple of digital temperature sensors, the DS18B20, some python and a bash script, the temperature at each sensor is relayed to a web page every 60 seconds.

The bash script will also update a site called StatHat which takes data feeds via an API and creates nice graphs: 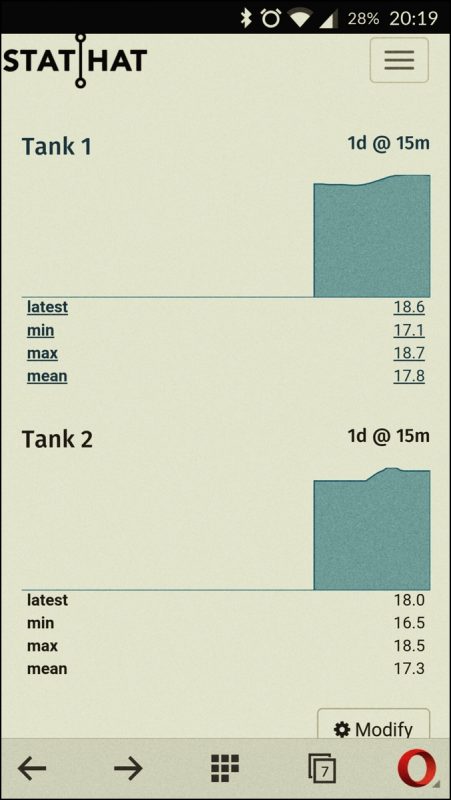